Small Steps for the Environment - Giant Leap for Sustainability

World Environment Day marked one of the highlights for June. Being celebrated since 1974, United Nations had introduced the idea of highlighting issues related to global warming, the environment and sustainability.

At , we are trying to address the issues in our way, while both practicing and promoting the causes. We try and take a holistic approach to recycling and sustainability with different programmes tailored to address the needs of varied communities.

In September 2017, and its partners launched Alag Karo in Gurugram’s residential areas, with a plan to raise awareness on waste segregation and bring about a behavioural change among people. The three-year project, in partnership with Saahas, GIZ and Tetra Pak, is the first of its kind, and looks to include various stake holders in bringing about the change.

Since its launch, Alag Karo has reached out to over 60,000 residents of Gurgaon. 20 RWAs (Resident Welfare Associations) and 14 schools have formally signed up for the programme for promoting the cause of source segregation of waste. There is already some good news to share as six among these RWAs, across 6000 household units, have already achieved more than 90 per cent segregation levels and another 10 RWAs around 60 per cent segregation. As the programme is implemented in a phased manner across different blocks, 300 waste pickers have been trained in safely segregating recyclable waste.

At the grassroots level, has been working with children under the Support My School (SMS) Mission 1000 programme. The initiative was launched in 2011 and after positively impacting 1,000 schools by helping improve infrastructure, the programme has been reoriented. According to the Sustainability Update 2016-17, an annual update of its activities published by the Company, by the end of 2016 there has been a 15.1 per cent increase in enrolment in the schools under the SMS programme. 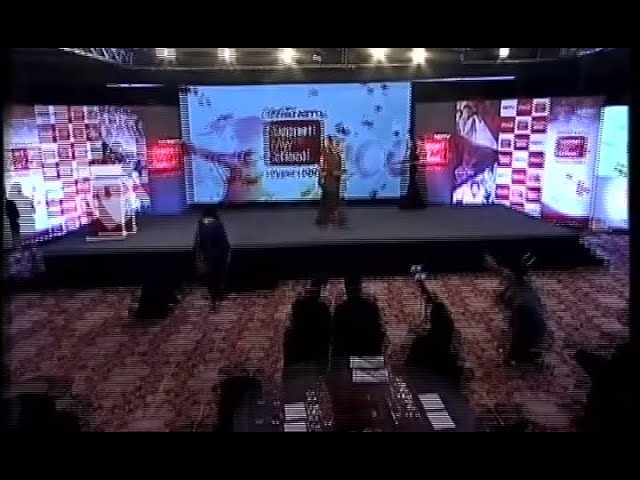 Calling it ‘SMS Mission Recycling,’ is now reaching out to SMS schools across the country for awareness generation, sensitisation and better management of waste. The beginning was made in 2011 and the programme is now spreading its wings.

Under the SMS Mission Recycling project, a comprehensive waste management programme across government schools will be implemented from July this year. The programme will focus on the recycle and reuse of PET. The project is being implemented across 10 states of India - Andhra Pradesh, Telangana, Tamil Nadu, Orissa, Gujarat, Punjab, Haryana, Uttarakhand, Delhi and Rajasthan. Aligned to the Swachh Bharat curriculum of the government, the message will be taken to the schools using the EDUSAT technology. Nearly 5000 schools will be reached through the Digital Equaliser programme and sensitise over 11 lakh teachers, students and community members.

Another project with a focus on waste management and PET Recycling has already been piloted across 20 communities and government schools in Lucknow, Hyderabad, Bengaluru and Chennai earlier this year. Launched in partnership with Plan India, it will reach out to over 6000 school children and 30,000 community members, with more than 100 trainers training the teachers.

In Goa, Hindustan Beverages (HCCB) has joined hands with Goa Waste Management Corporation to help put together a programme that will help in recycling PET waste from the state. A circular economy for PET will help the safaii mitras get the collected waste to the recycling centre, assuring them of buyers for their collection. Mindtree has developed a programme to register the safaii mitras while United Nations Development Programme (UNDP) has also joined hands with HCCB on the initiative.

Recycling programmes have already been launched at Mumbai, Hyderabad, Bengaluru and Bhopal. The initiative in Goa is part of the commitment of to launch similar programmes at 50 locations across India by 2020. The effort also marries with the January 2018 announcement by The  Company on its ambitious goal to help collect and recycle the equivalent of every bottle or can it sells globally by 2030, calling its vision ‘World Without Waste.’

As part of its efforts to promote recycling and cut down urban litter, has also installed Reverse Vending Machines (RVMs) that will help citizens responsibly dispose of PET bottles after use. By involving citizens, the RVMs will add to the recycling efforts of the safaii mitras. RVMs have are now being showcased at select locations as a proof of concept, so that they can be put to widespread use by government agencies and others.

Madhya Pradesh Chief Minister Shivraj Singh Chouhan had formally inaugurated the first RVM at the mantralaya in Bhopal. Each RVMs is good to handle nearly 100,000 PETs before it has to be serviced and flakes removed for further use. The recycled PET is then used in the manufacture of products of everyday use, creating further employment and an emerging industry.

In Mumbai, a community-based effort led by lawyer Afroz Shah has been helping clean its beaches of marine litter. has supported United Way Mumbai, which is partnering with the community initiative. The ‘Clean Shores Mumbai’ initiative saw nearly 5000 people join in the effort, including citizen volunteers, students, government employees and other sections of the society. Municipal Corporation of Greater Mumbai and Government of Maharashtra are also supporting the initiative.

Urban litter and waste needs to be processed before it is recycled. To address the need, a plant has been commissioned at Pune to show how urban waste can be recycled in a manner that can help the community adopt more sustainable living practices. For the Pirangut, Pune-based plant, is working in partnership with Vanarai and Sampurnearth for the recycling efforts to bear fruit.

The solid waste management plant is expected to process seven million tonnes of waste, 30 per cent of which will be wet waste. Nearly 25,000 people in the immediate vicinity will be the direct beneficiaries when the plant is running full steam.

With the effort that carries on throughout the year, sustainability and recycling are part of everyday working at . It is these small steps that will contribute to the commitment towards a ‘World Without Waste.’

Related Items
Another Sip
The Fizz
RECOMMENDED FOR YOU
Despite Losing His Leg During The Kargil War, Major DP Singh Decided To Live His Life King Size