Cricket, a game of two teams with 11 players on each side and millions of fans to back them up from all over the world. In India in particular, cricket is no less than religion with over 1.2 billion followers.

Every four years, the love for cricket reaches unprecedented heights as the world’s biggest cricket tournament, the ICC Cricket World Cup commences. In India, winning the cup is not just about winning a sports tournament – for Indians, it has been about proving that they are better than anyone else in the world at something. More recently, with technological and economic progress fuelling national pride, it is about reasserting India’s identity confidently on a global platform.

So, it is no surprise that when the World Cup season approaches, Indian fans are caught between the intense desire to see India win, and the helplessness of not being able to influence the outcome – after all, they are not part of the playing 11.

This tension created a unique opportunity for us to share ’s uplifting point of view on Cricket: ‘to be a part of the team, you don’t need to be in the team!’

What makes this point of view deeply resonate, and break clutter at the same time, is that it gives voice to an often neglected participant in the game: the 12th Man.

We wanted to pay a tribute to this unsung hero, who is not in the team but is still an integral part of it. This is a fan whose faith never runs out. And, when the most difficult test of faith is upon us in the form of the World Cup, this fan is ready to do everything to support their team: ‘team ke liye kucch bhi.’

We believe that the 12th Man’s spirit teaches all fans something - how to be an eternal optimist and the biggest supporter of the team, to have unshakeable belief - be it in the stadium or in front of a television set, or on glued to a mobile device.

Like most team sports, partnership has great value in cricket. For fans, this partnership is not restricted to that between two batsmen. It is extended to each one of them as well. Talks about 1983 and 2011, when India brought home the cup, still bring an excited sparkle in their eyes. We roared with pride as Indian legends picked up the World Cup trophy twice. As the India 11 prepared to take on the battle of the greats this year, we encouraged Indians to show their true-spirited support by standing shoulder to shoulder with the team not as merely a fan, but as the ‘12th Man.’

We debuted the 12th Man film on YouTube on the 12th of June. 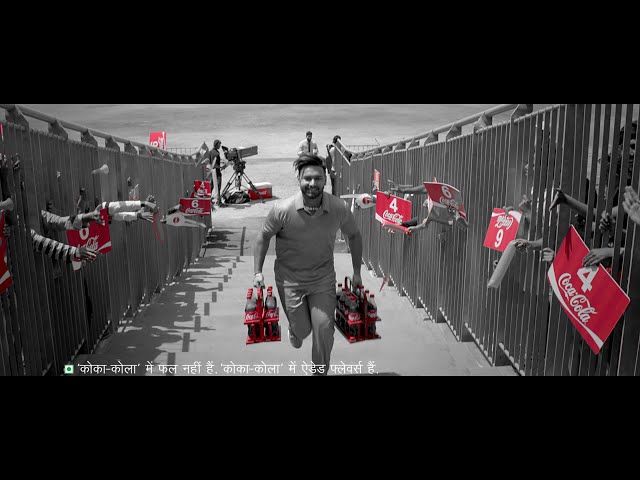 This campaign lets cricket fans on Instagram and Twitter add the prefix of ‘12th Man’ before their handle to show their thundering support. We succeeded in bringing all these 12th Men together. Our Hotstar integration saw 100 million fans pressing the ‘heart’ cheer button, which was displayed live at the in-stadium screen. During the live game, our video tribute to 12th Man got 770 million views. We also got 360 million impressions on branded cards, which were contextually placed visual messages during live matches on the Hotstar feed.

We were able to engage fans across 21 Indian cities through 160,000 conversations and 4 billion impressions across social networking platforms. We had real-time contextual content creation and one-on-one communication with fans on social media, supporting 6 Indian languages.

Above all, we wanted to salute the millions of dedicated ‘12th Men’ whose unconditional love and support goes a long way in boosting the spirit and morale of their favourite teams, and is an example to emulate as much in sport as in life itself!