From Farm to Fridge, Minute Maid Ensures Tasty Freshness all the Way

Juices in their purest form- no sugar or preservatives added. Juices from the best fruits sourced from the fields. Juice packs with details of the farms from where the fruit has been sourced.

When the best fruits are processed to offer the purest form of juices, the choice offered makes the consumer the winner. The taste is very different, and taste buds confirm it with the first sip. Made with the santra, anar and apple, the new Minute Maid 100% juices have recently been rolled out in select markets before they are available all over the country. As the name suggests, they have nothing but 100% juice.

While the taste is unique, there are other reasons to pick up Minute Maid 100% juices. Some of the farmers whose produce has helped make these juices, have their names and photographs on the packaging. Every time you pick up the new product, you lend your support to these farmers.

Oranges from Nagpur, apples from Himachal Pradesh, pomegranates from Maharashtra… get the drift? Fruits grown in different parts of the country come with their own unique taste. Farmers in different regions nurse their fields in their own way, ensuring that the taste of the fruits are not compromised. That authentic taste makes the juices as good as the fruit itself. When people consume these juices, the hard work of the farmers are rewarded.

Several consumers in Delhi who tasted the variants of the juices loved the taste. They also loved the mocktails that were made by chefs using these juices at the Asian Hawkers Market held at Select City Walk, Delhi. As the innovative product rolls out in phases, across different parts of the country, people will get a chance to savour the taste of fruits of the country. 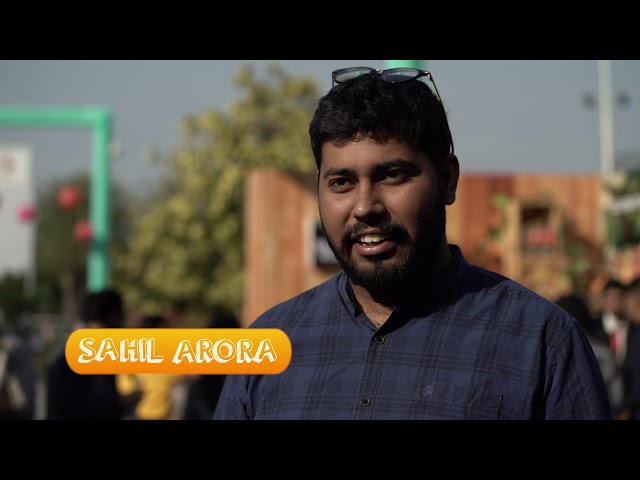 Anipreet’s taste buds also loved the fruity flavourl of the juice. “Minute Maid, I find a little different since I can actually taste the fruit in it,” she said.

Getting the beverages to the consumer has taken several years of hard work. and its partners worked with farmers who were ready to grow fruits that were high-yielding and pest-resistant. The Unnati project for mangoes and oranges had already commenced earlier, and it is now being rolled out for apple farmers.

It took a couple of years for the early results to begin showing up for the farmers.

A year ago, Minute Maid in India launched the Ras Ras Mein India campaign. The campaign was launched to highlight the Fruit Circular Economy (FCE) initiative, which was helping create a market for beverages made from processed fruits grown in India. and its partners also committed to investing $1.7 billion dollars till 2022 in developing this market, and signed a memorandum of understanding with the Indian government.

As he takes care of his orange orchards, there is a newfound pride in his work that 45-year-old Nilkanth S. Murumkar. His photograph has the pride of place on the pack of Minute Maid 100% juice. He has not known of any farmer whose pictures has reached the consumers in a similar way.

“Our friends and family were very happy to hear that our photographs have been used on the packaging for the juices that Minute Maid is making. We are very grateful to the brand for making us famous,” he says.

Nilkanth owes all he knows about his trade to his father. His father had started farming oranges well before he was born and the next generation has carried the legacy ahead. His father often told him stories about asking for help from the local government so that the oranges that they grew could be processed.

“My father used to tell me about this often. But I never understood why such a step was not taken earlier,” Nilkanth recalls.

For farmers growing other fruit, the situation has been a worry too.

Gajanan Awchar, a farmer from Maharashtra, has been growing pomegranates and working in the field for long. His one-acre farm has 750 pomegranate trees planted over the last two years. Several others like him have also planted the fruit in Hingoli district of the state.

Several local leaders have also come over to his fields and engaged with him. It has taken a lot of hard work since Gajanan used to work in a field himself till 2000. Then, he bought some land in 2007 and his fortunes have changed since.

Having pictures of the farmers on the packs, along with some details about their farms and produce, is a novel experiment for consumers, who have never known where the fruits for their favourite juices were being sourced from. Since most of the Minute Maid juices are made from fruits sourced locally, it is a matter of pride for the farmers.

“If they (consumers) like the juices being made from fruits that are grown in our farms, we feel very happy. After hearing that, we believe that our hard work has paid off,” Gajanan said over the phone from Hingoli in Maharashtra.

Clearly, no joy is better to feel than when hard work is rewarded. Just ask the farmers!